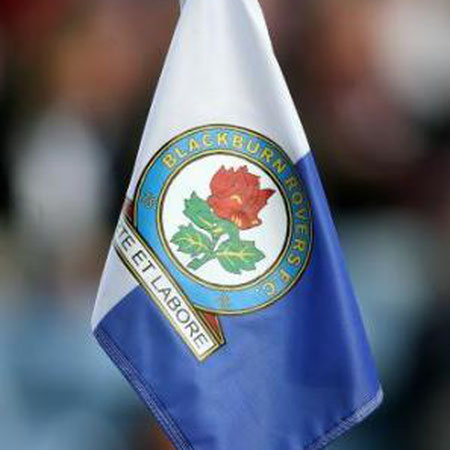 Rumours are that back in 1885, the Football Association could not afford the FA Cup Trophy for Blackburn Rovers. Hence the club was granted the unique permission to display the club crest on all four corner flags on match days.


The rumour has been denied by the Football Association.

Bobby Moore, World Cup winning Captain for England in 1966 played his final professional game in England for Fulham on 14 May 1977 against Blackburn Rovers at Ewood Park. Fittingly, Moore was also making his 1,000th appearance in senior football.

Blackburn Rovers presented Bobby Moore with a trophy to mark the occasion. 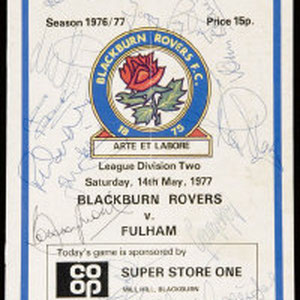 England finished bottom of their group and were knocked out of the competition.

A local mosque had withdrawn an invitation because of threats by extremists to disrupt the visit, and anti-war activists had vowed to dog her every move during her two days in Lancashire with Jack Straw, the Foreign Secretary.

The police made sure she had no close encounter with the clusters of protesters that turned up to shout "Condi Rice! Terrorist!" as she made her way around Blackburn and Liverpool, where 2,000 turned out for the main anti-war demonstration.

Her trip was ostensibly an attempt to see the real country beyond the government offices of London. In an intriguing political courtship, Miss Rice last year went out of her way to take Mr Straw and his wife Alice to her home town of Birmingham, Alabama. Now it was their turn to show off his constituency of Blackburn, Lancashire.

The Foreign Secretary tried to draw on the slaving connection between the two places. He pointed out that cotton produced by slaves in the American south was exported to Liverpool, Lancashire and then turned into textiles in Blackburn's mills, and re-exported across the world. But such interest in history did not answer the nagging question of what she was doing in the land of the dark satanic mills.

But much of the day was a strange form of tourism. Instead of trying to get away from the crowds, they attracted them in the shape of journalists and protesters.

In the short drive from the BAE Systems military factory at Samlesbury to the Pleckgate school in Blackburn, Miss Rice saw two different faces of the country.

At the military factory managers had put up a banner heralding the enduring Anglo-American alliance: a Union Flag bound seamlessly with the Stars and Stripes.

But at the school, 200 protesters denounced what those allies had done in Iraq and held up the flag of Palestine, universal symbol of western oppression of the Arabs. "Hey! Hey! Condi Rice! How many kids have you killed today?" they chanted. The crowd included several dozen children.

Still, in the school's grounds, the children seemed excited enough by the arrival of the most important foreign visitor to Blackburn since Mahatma Gandhi came in 1931.

The moment that perhaps meant most to Mr Straw came when he took his guest to Ewood Park, home to Blackburn Rovers and "the centre of the world", according to the Foreign Secretary.

Mr Straw had planned to show her Blackburn playing against rival Wigan, but Sky television unexpectedly moved the fixture to Monday. So Miss Rice had to make do with a few children playing football in an empty stadium, and a chat with Rovers' American keeper Brad Friedel. In Ewood Park's conference room, the two secretaries delivered speeches on the virtues of democracy in the Middle East.

In keeping with her view that America had to be more understanding of the world, Miss Rice admitted that the US had committed "many mistakes, maybe thousands of mistakes" in recent years.

She was ALSO on a musical pilgrimage to discover the meaning of the Beatles song, A Day in the Life, and its baffling lyrics: "I heard the news today, oh boy. Four thousand holes in Blackburn, Lancashire." Before her trip, one newspaper had quoted Miss Rice as saying: "I never understood that Beatles song. Perhaps now I will get the chance."

The English Schools’ FA Under-18s took on their Scottish counterparts in a Centenary Shield match at Ewood Park, Kick Off 19:00, Friday 11th April 2014, which ended 1 - 1.

The Centenary Shield was presented to Scools Association Football International Board in 1973 by the Scottish FA to mark the Association’s centenary year. It is currently contested for by U18 Boys selects representing the Schoolboy Associations of the British Isles countries.

Past winners of the Centenary Shield, including occasions on which the award has been shared, have been: